Implementation of quadratic beziers in RoboFont

This approach to quadratic curves makes it possible to maintain some structural compatibility between the two curve types. When converting from cubic to quadratic, RoboFont adds an (implied) on-curve point and splits each curve in two parts. 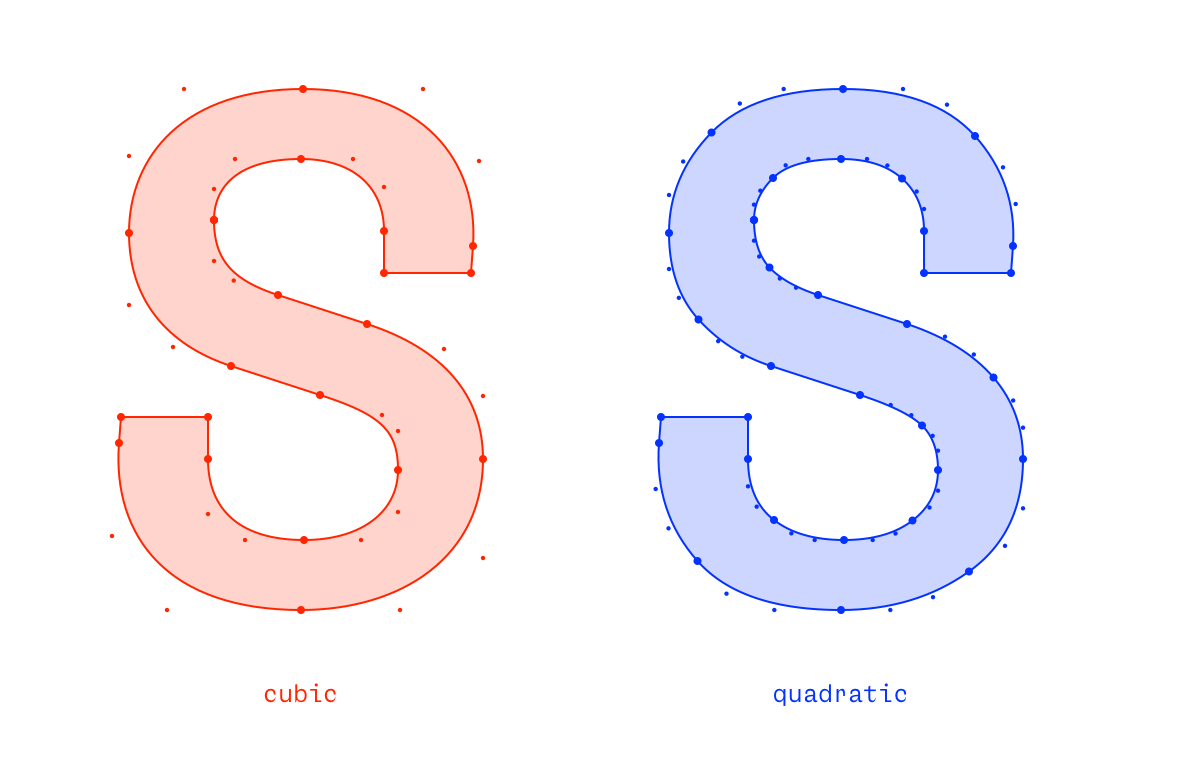 Cubic or quadratic, not both

While it’s possible to have mixed cubic and quadratic contours in the same UFO, this is strongly discouraged in RoboFont.

If mixed contour types are found in a font, a dialog to Resolve curve conflicts will appear: you can use it to convert all glyphs to cubic or quadratic.

The default Bézier curve type can be set in the Glyph View Preferences.

Use the pop-up button at the top-right of the Display section to choose between:

This setting applies to all new and open fonts.

The color of quadratic points in the Glyph Editor can also be configured in the Glyph View Preferences. Look for the following settings in the section Appearance:

The same two settings are also available in the Preferences Editor: 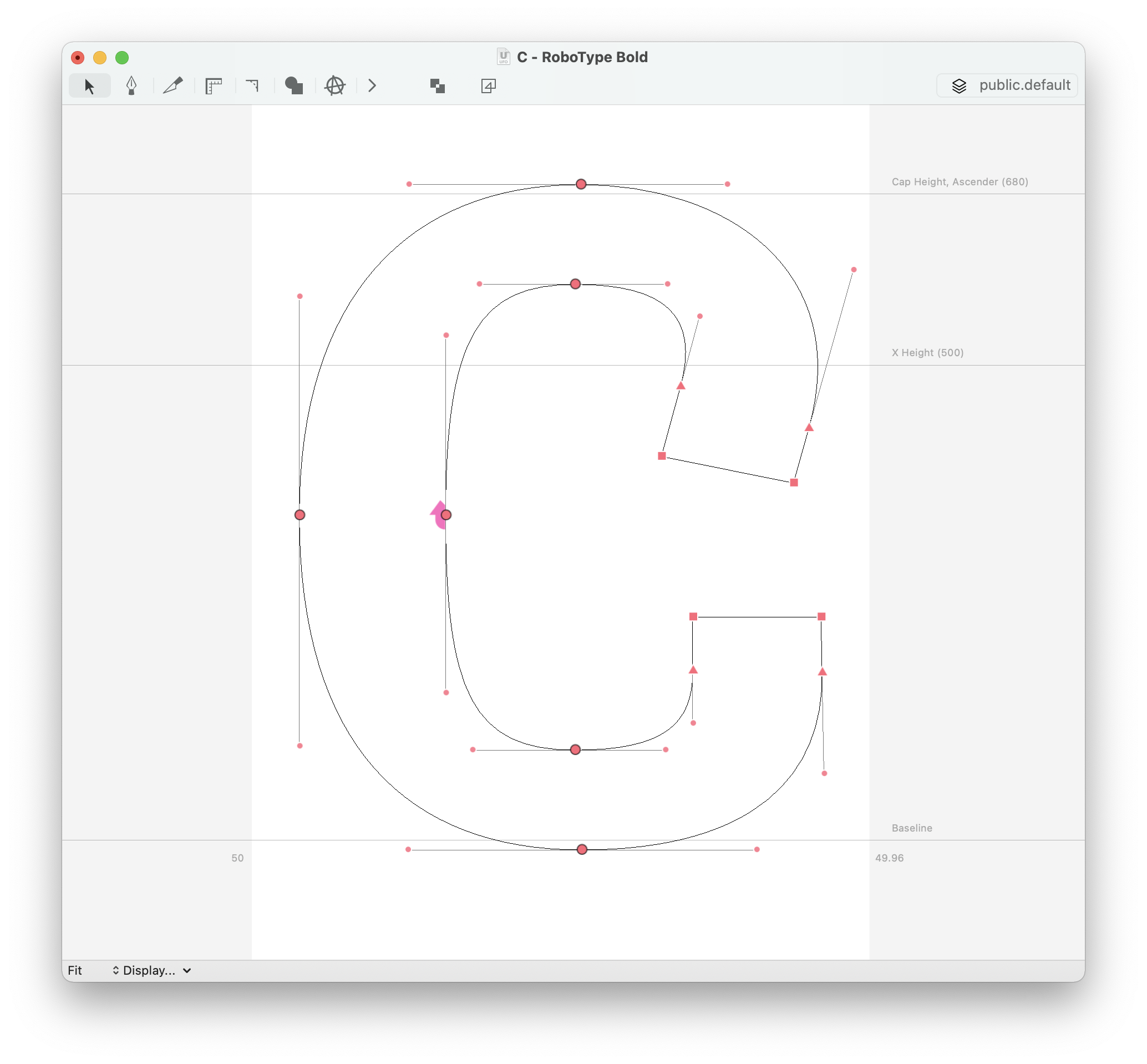 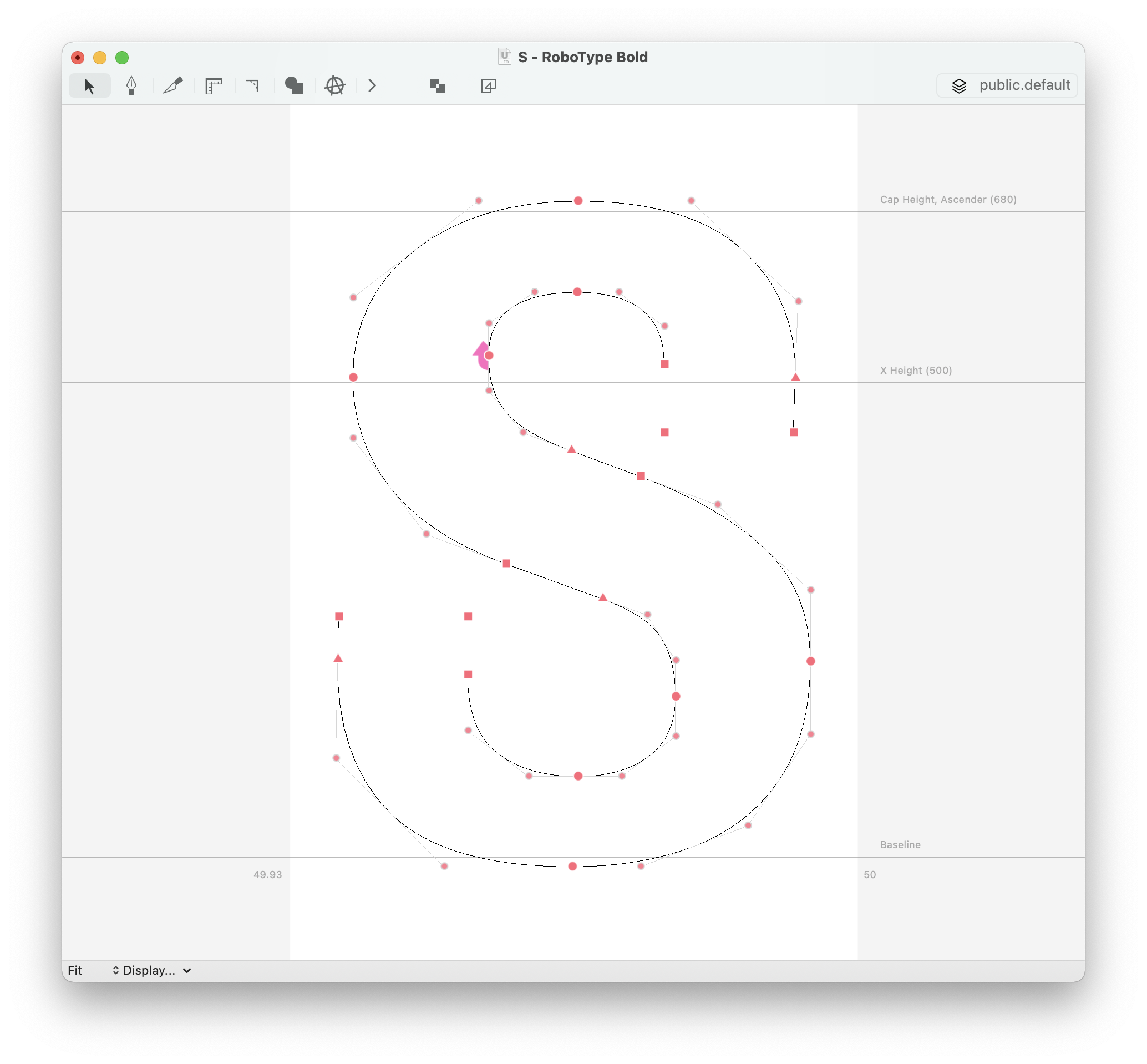 Choose distinctive colors for PostScript and TrueType points, to avoid confusion between the two.