The Add Glyphs sheet is a simple interface to add glyphs to the current font.

To open the sheet, choose Font > Add Glyphs from the Application Menu or use the shortcut keys ⌃ ⌘ G. 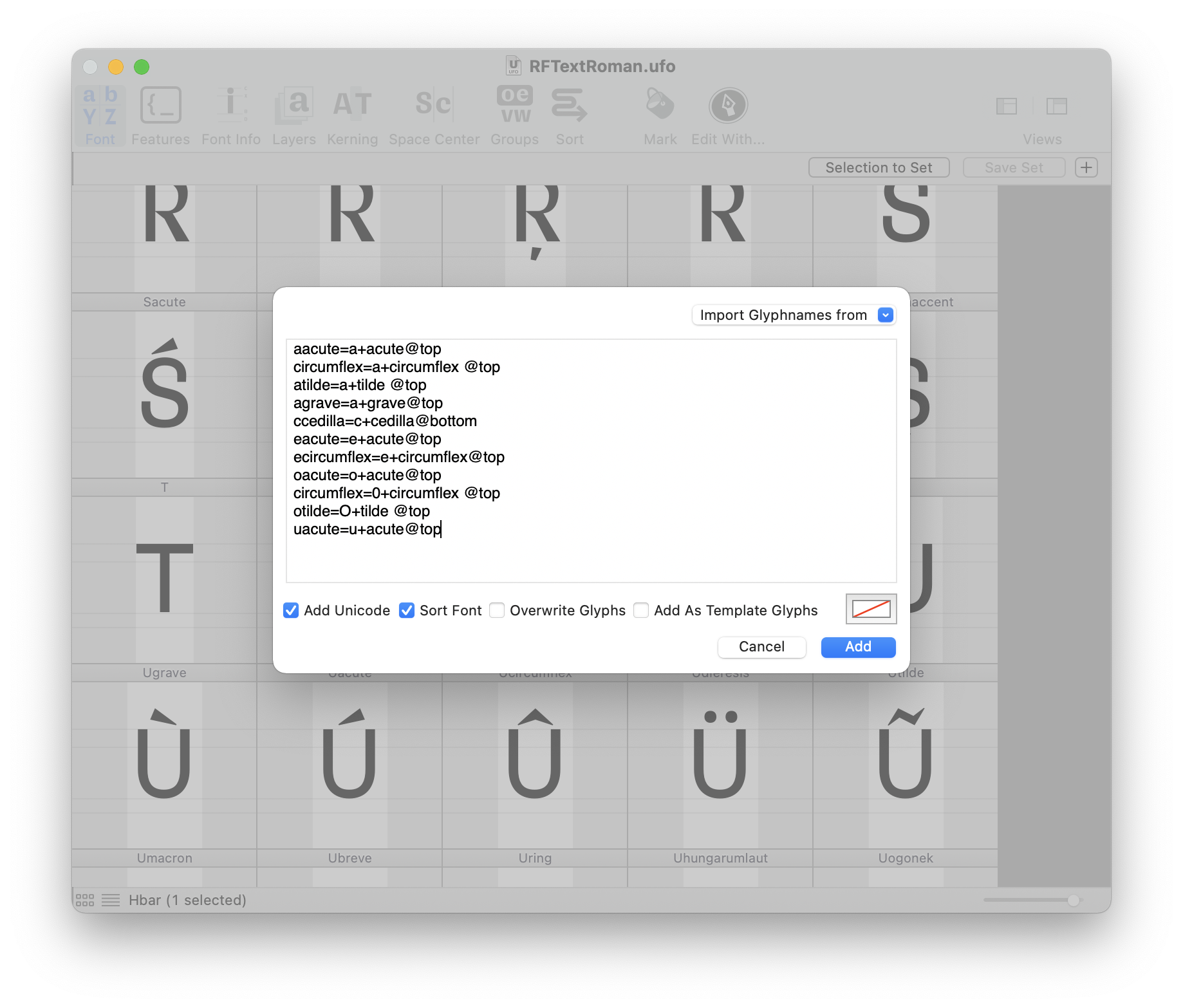 Use the text input area to fill in the names of the glyphs you would like to create, as a space-separated list.

The new glyphs can be added to the font as empty glyphs, or as template glyphs if the option Add As Template Glyphs is selected.

Use @ to align components using anchors:

It’s also possible to assign an arbitrary unicode value to a glyph when creating it: