The Font Overview section contains settings related to the character setA list of glyph names, in a particular order.

Used to define which glyphs should be included in a font, and which languages are supported.s used to sort glyphs in the Font Overview, and the appearance of the glyph cells. 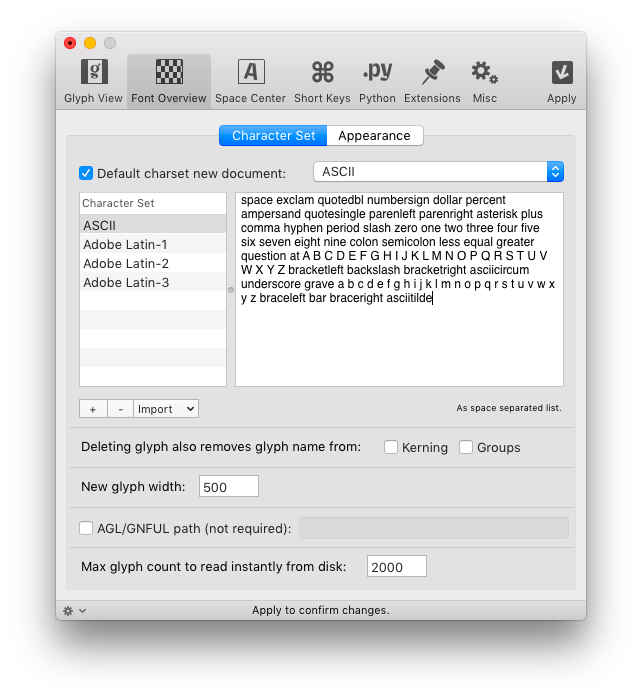 The Character Set tab shows a list of saved character sets (left), and a text area with a space separated list of glyph names in the current character set (right).

Use the +/- buttons to create or delete character sets.

To modify a character set, simply add, remove or modify glyph names from the list.

The Appearance tab contains settings to choose the colors and the template font used in the Font Overview’s glyph cells.

To edit a color, double click on a color cell to open a color picker. 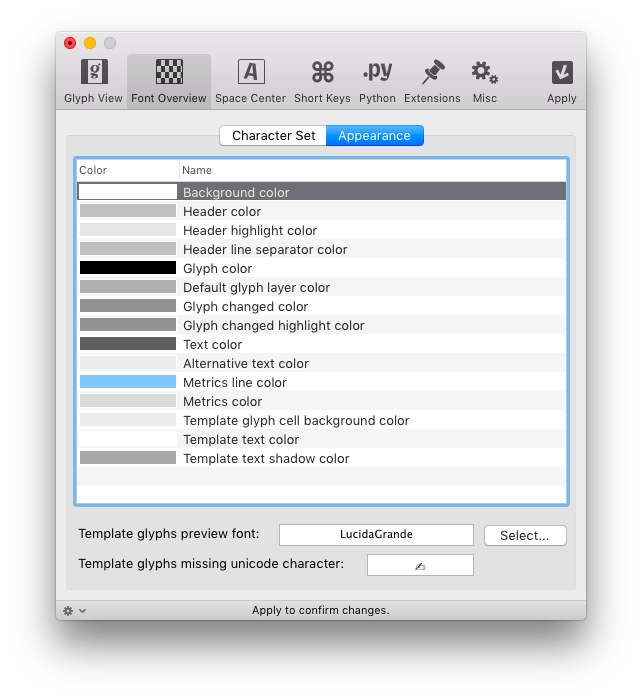